“Convergence does not mean ultimate stability or unity. It operates as a constant force for unification but always in dynamic tension with change. . . . There is no immutable law of growing convergence.” Henry Jenkins

Society is made up of many different individuals, all with different ideologies and interests, liking and wanting different things from the social media that they use every day. Social Media has the power to influence and alter individuals attitudes, beliefs and views towards certain issues “It has never been easier to be as influential as you can be today. Information is cheap. Information is easier to produce. And if you have a quality message, it’s never been cheaper  to get out” (Zeevi, 2013). With these strong and sometimes controversial messages being portrayed, like through the app of Tinder, tension and points of conflict are created between groups.

People who support Tinder generally have a more relaxed approach to relationships, hookups and casual sex. “I really have no shame in saying we met [on Tinder], I don’t think it’s embarrassing or humiliating. I think it’s just another way of meeting someone” (Mulshine, 2013). It is redefining and removing some of the negative connotations associated with online dating.

People who have more traditional ideologies towards dating, sex and relationships are usually critical of apps like Tinder. Dating apps are often seen as “channels you resort to when you are really desperate to find love or when you are really, really at your wits end in the romance department and can’t seem to get together with anyone.” (Celes, 2011). Others also  “think sex is not a game. It is NOT! It is a responsibility. A responsibility that kids and most adults I believe are not ready to handle it.” (Marie, 2014).

This tension between ideologies revolves around the audiences personal attitudes, experiences and beliefs. Apart from audiences, it also brings into account other factors which affect these tensions such as Globalisation and Media Aesthetics. This relationship is demonstrated through the aspect of globalisation in Henry Jenkins 9 sites of negotiation between consumers and producers.

This globalisation of Western ideas through dating apps such as Tinder is just one example of how humanity is slowly sharing more in common contributing towards shared ideologies of ideas, values, thoughts. Due to this massive technological convergence, the gap between these initially conflicting ideologies are slowly disappearing, creating a universal group who belong to an online community; Tinder. 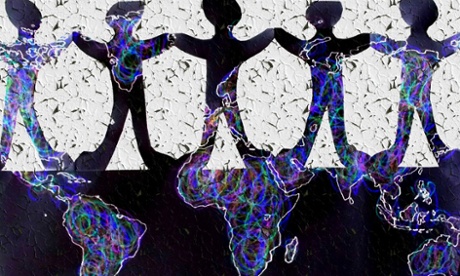 A fierce redhead who loves nothing more than chatting about failures, occasional achievements, how to live life to the fullest, to be happy, explore far and wide with a sense of curiosity, empathy and adventure. View all posts by Adelaide Haynes

One thought on “Tinder vs. the World”

Some people, places and faces I’ve been loving ☀️
Summer is right around the corner and I just can’t wait ☀️
A simpler time before lockdowns, working from home and alarms ✨