The most common response I hear after talking about Shanghai is ‘you’ve been to CHINA?’ Hells yea I’ve been to China. Well one small part of one large city in one large country! Since I was little, I remember being fascinated by the Great Wall of China and was obsessed with Disney’s Mulan. So en route to my year abroad in London, I was lucky enough to spend three crazy days in one of the biggest cities in the world SHANGHAI!

I was so pleasantly surprised with Shanghai. The people, culture, the food and the diversity. It’s where tradition meets the future and it’s such a surreal concept to experience.

Whether it was getting my shoes shined on the street, visiting a sacred Jade Buddah Temple, catching a ferry across the river, trying to decipher Chinese street signs, eat street food, getting lost in markets, going up the tallest tower… there was always something to see and do.

One of the highlights of this spectacular city was actually getting off the beaten path and visiting a traditional and rural Chinese village on the outside of the Shanghai district, and if Shanghai city is the Paris of Asia, then this little village was the mini version of Venice. I booked the tour through Viator and we had a guide who was born and raised in Shanghai and spoke excellent English. He told us everything about his life in China and Shanghai, his family, the government, the media and it was so insightful and beautiful to hear. We drove past tiny ‘houses’ where pigs were hung out on lines to dry out, and ‘towns’ where they were just connected to electricity only a few years ago. In the village we took a ‘gondola’ ride around the many canals, walked through the narrow streets and stared at all the pork knuckles in the windows of food shops. I felt like I actually got a real tast of China, like the traditional dish, sweet and sour pork, it just leaves you wanting more. 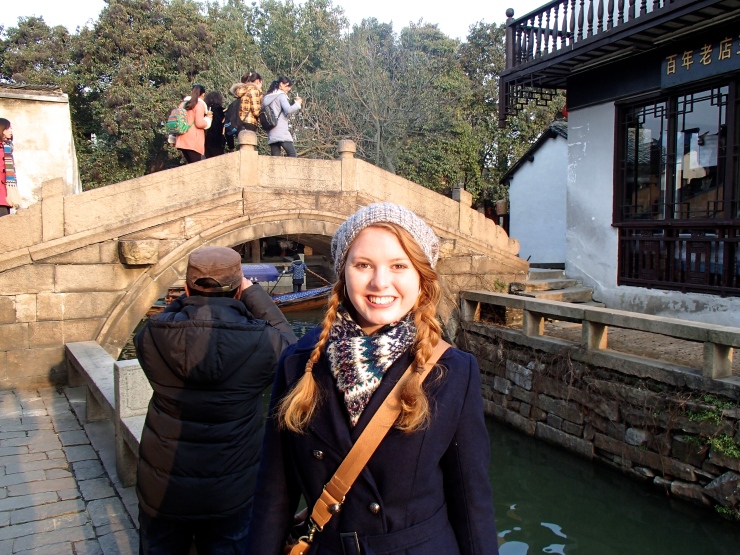 Some things to note.

Maybe I was a little too naive in assuming that English was widely spoken. Whilst people generally spoke English where it mattered (in banks and hotels) however people on the street generally had very limited English. Whilst my Chinese is literally non existant, it was quite difficult to get around.

I also didn’t feel incredibly safe at night. I’m not sure whether that was because it was the first place I’d been and was more aware of my safety, I just felt a little unsettled walking around at night time.

We were also approached on every street and every corner by people selling products. Due to having red hair and pale skin, I kind of stood out like a sore thumb and was therefore quite an easy target. Without trying to be rude, I just politely smiled and kept walking.

Shanghai was an incredible experience and I definitely recommend it to any of you contemplating going to China or even elsewhere in the world! I hope I get a chance to go back again soon.

A fierce redhead who loves nothing more than chatting about failures, occasional achievements, how to live life to the fullest, to be happy, explore far and wide with a sense of curiosity, empathy and adventure. View all posts by Adelaide Haynes

Past. Present. Future ✨
-2 degree mornings got me meditating to my happy place ✨
It’s been a wild ride but officially celebrating one month in Canberra 💫