These Are A Few Of My Favourite Things: OCTOBER 16

This has got to have been one of the craziest months I’ve had! Literally every weekend I’ve travelled somewhere or had a major event on. The reality of living in Montreal has finally sunken in, I actually have to study (I did NOT sign up for this) and boy it’s getting cold outside! I’m so grateful for all of the incredible experiences I’ve had this month and intend to ride this wave of inspiration and happiness through til the end of the year. Donc, (probably one of my favourite French words around), here are my favourite things from October!

So I started October in the land of the free (or until Donald Trump came along), in Washington D.C. It was my first time in the states! And man could you smell the patriotism. I stayed with my amazing friends that I met in La Rochelle! It was so wonderful to see them again! I miss them all already and can’t wait to see where our paths cross again. Oh and yea, I guess I saw some cool things too – you can check it out below.

My friend Emma and I did a day trip to Quebec City and Montmorency Falls. Unfortunately it poured rain THE ENTIRE DAY! But the falls were truly incredible. It looks like I’ll have to come back for Quebec City another day! 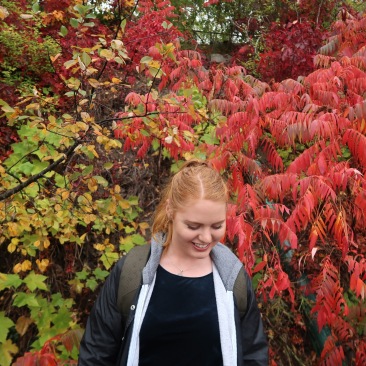 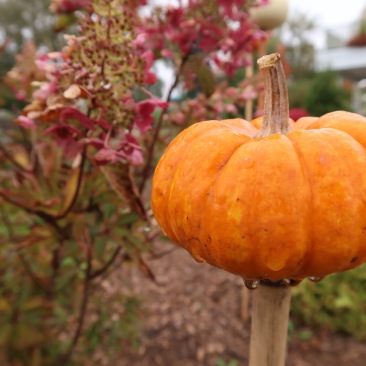 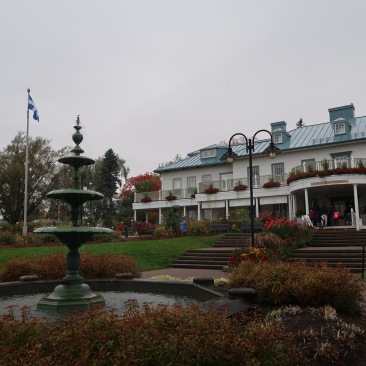 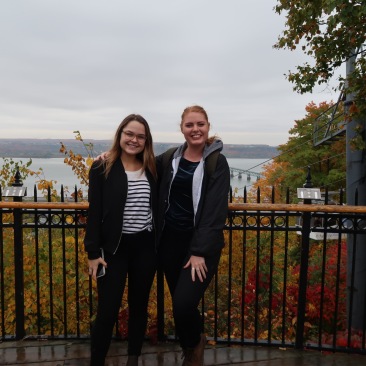 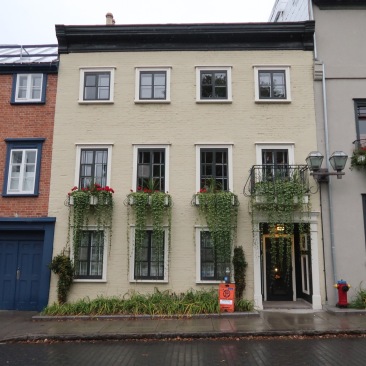 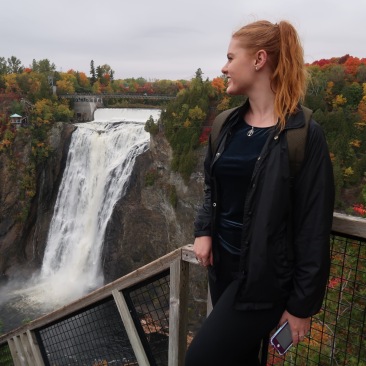 This was a pretty hectic weekend! CISA is the Concordia International Student Association and a whole bus load of us went to Toronto for the weekend to set ourselves loose on the city. We were off to a rocky start because to get there, we caught an overnight bus. I may or may not have been (nope, definitely was) drunk. Whilst I got a good sleep, we arrived at 6:30am and couldn’t check in to the hotel until 4pm. Let’s just say the struggle was real. Our little squad consisted of Emma, Tim (Aussies as well) and Elena (this gorgeous girl from California). We explored Toronto together and made it up the CN Tower, and visited the St Lawrence Food Market. The next day we also went to Niagara Falls and tasted ice wine. On the way back to Montreal we stopped in Kingston (which I later learnt was the first capital of Canada) where we had THE BEST RAMEN EVER! It was a crazy weekend but I met some truly amazing people. 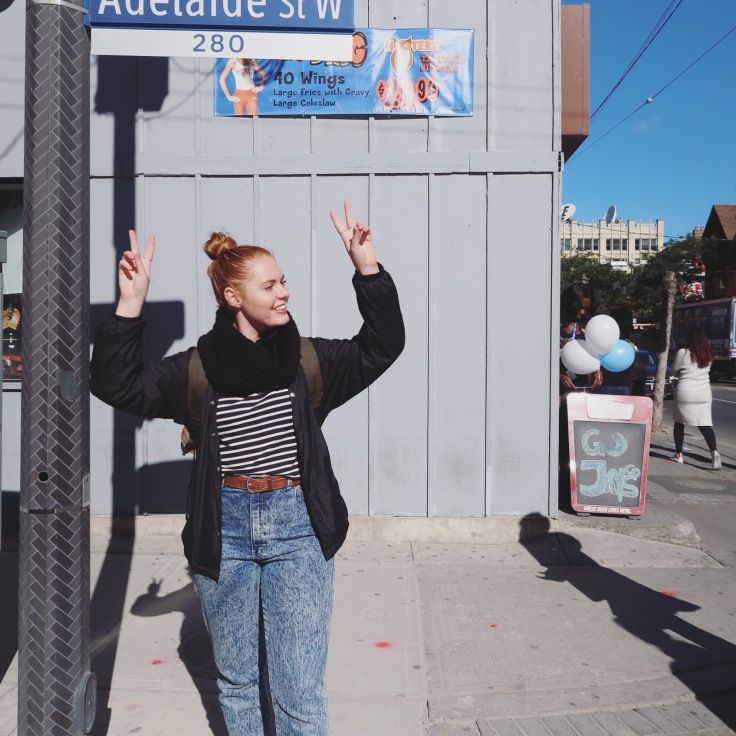 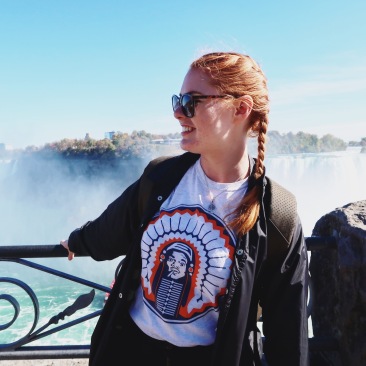 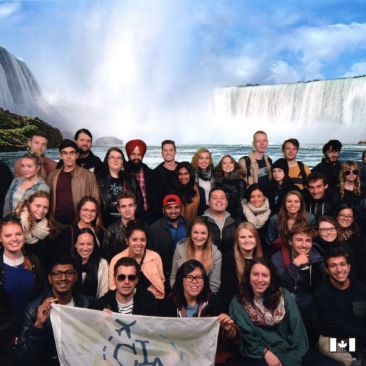 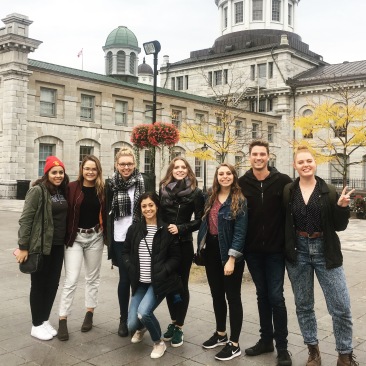 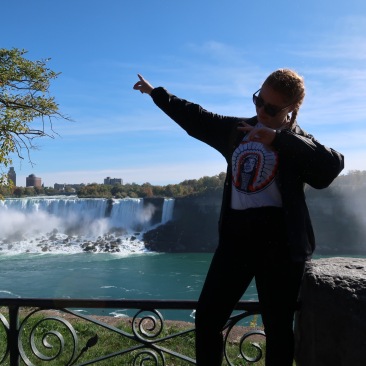 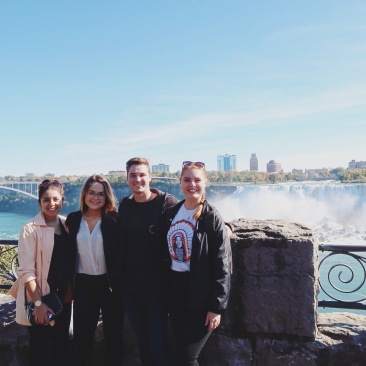 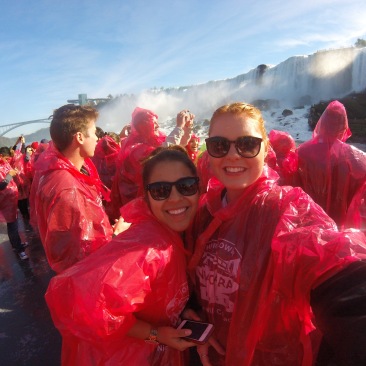 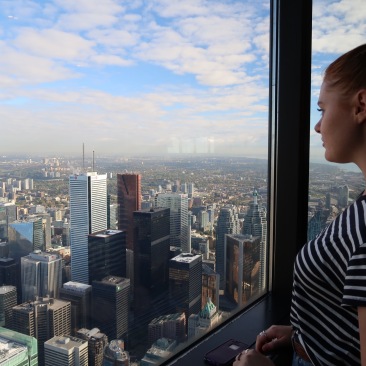 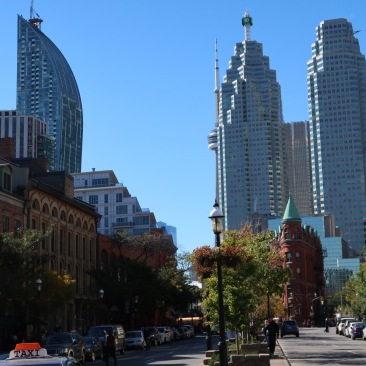 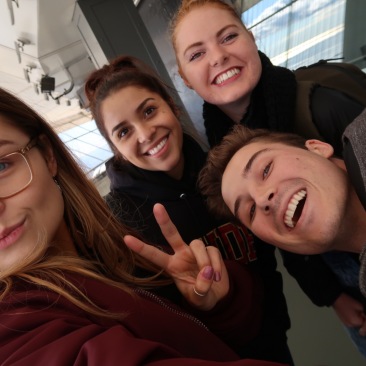 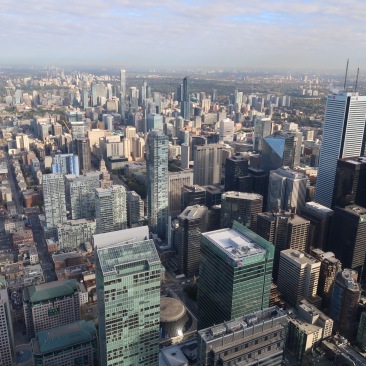 One of the best weekends I’ve had. Ever. Period! Not only did I get to meet some of my idols like Louis Cole, Ben Brown, Nicole Eddy, Tim Kellner, Raya Was Here, Steve Booker… but I was inspired beyond belief. I saw incredible performers and creators who live their lives so beautifully. They make the most of every day and try to capture the beauty of this world through a camera lens. Words really do fail me here so check out my video below.

OK so to some of you, it may be a surprise that Australia, doesn’t really celebrate Halloween… *gasp* I know right? But, it made me even more excited to be in Montreal for Halloween! It was – again – crazy fun. My friends and I went hard. We went out Thursday, Friday and Saturday night, which meant we needed 3 different costumes. And for those of you who know me – I LOVE dressing up! It was a pretty cool experience to go to house parties, clubs and bars, walking the streets with fake blood spilling out of my mouth and just having a great time with my friends!

[By the way if you couldn’t tell, I was Wednesday from the Addams family and a dead Breakfast at Tiffany’s Audrey Hepburn] 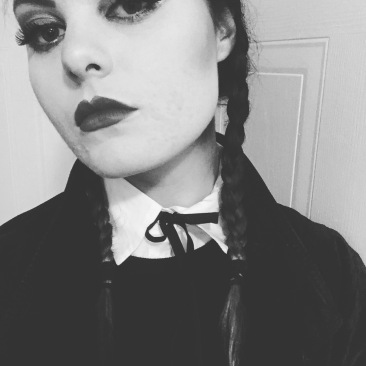 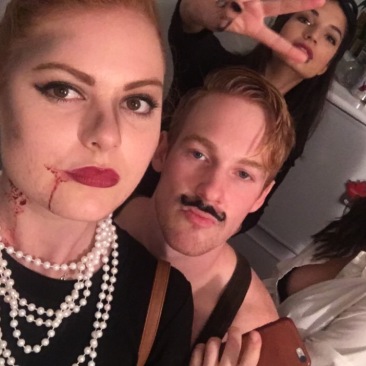 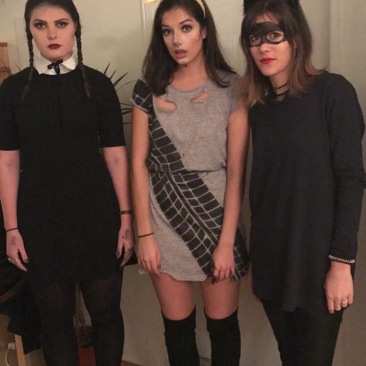 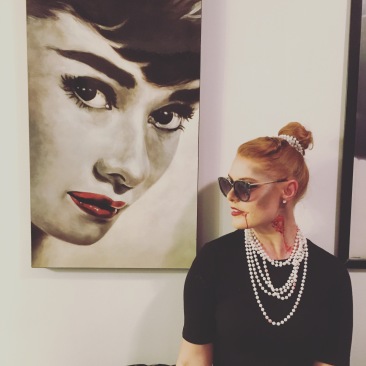 Kings of Leon cover Robyn’s Dancing on My Own

I’ve had this song ON REPEAT! I love K.O.L and this song just fits them sooooo perfectly!

I’m basically just loving everything from these guys. I love listening to them when I’m writing and have a cup of tea in hand. I don’t know, I guess perfection does exist!

Well after BufferFest I went on a YouTube BINGE and found some pretty awesome creators!

Damn guys get onto this! I was lucky enough to meet Dan at Buffer Fest and he’s a creator from Montreal. I love his style and his personality is so genuine! He’s definitely inspired me to be more comfortable and ‘myself’ in front of the camera! You can subscribe to his channel here! 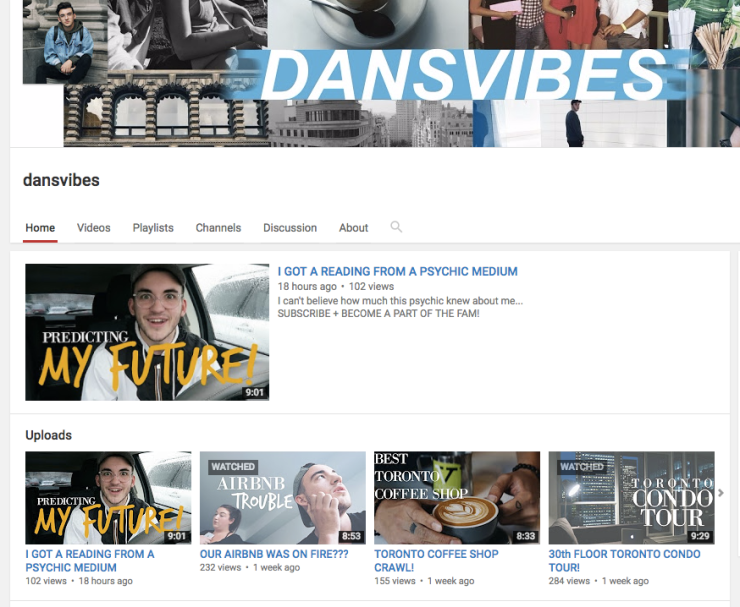 OK so you know me, I’m always a little late to the party, but now that I’m here… OMG! This guy is the epitome of entertainment. He’s probably definitely slightly very crazy. But he’s 21 years old and is carving his way in the extremely competitive world of Hollywood and damn he works hard for it. This past weekend I’ve binge watched about 15 of his videos so if you’re in need of a laugh – be sure to check this guy out. 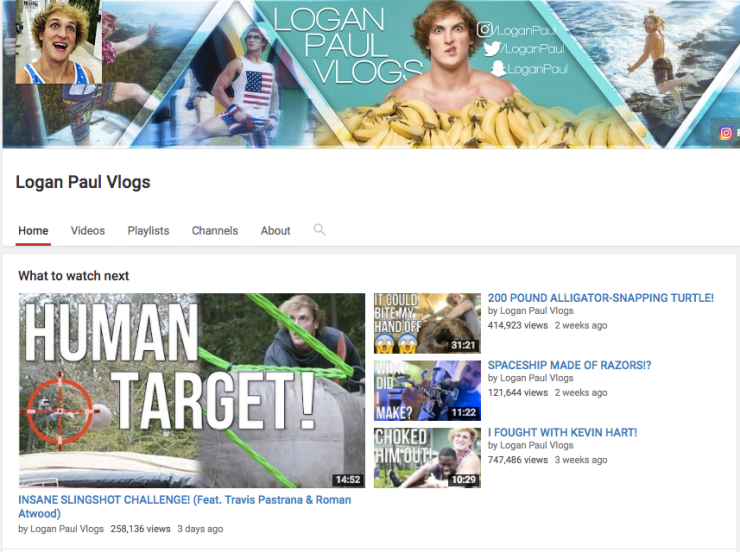 So this month I was on a bit of a streak with books (I’ve been actively trying to read more because damn isn’t that feeling of accomplishment amazing when you finish a book?!).

OMG this book is way too real for anyone who has tried Tinder, waited a significant amount of time to text someone back or just caught in the delusional world of modern dating. What I love about this book is that it’s not just someone’s opinion – whilst he is absolutely hilarious! But he conducted a significant amount of research with sociologist, Eric Klinenberg. I flicked through this book in just three days and I’d highly recommend it to anyone. 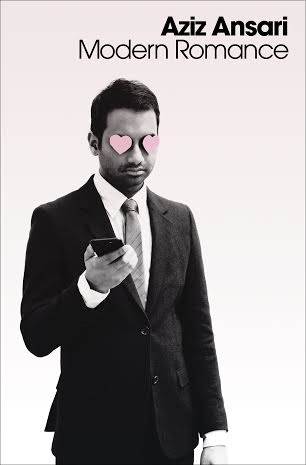 ‘You Can’t Touch My Hair’ by Phoebe Robinson

This is a great page turner. It’s light hearted yet addresses very serious issues of race. As someone who has benefitted immensely from white privilege, reading this book is extremely eye opening to the every day, casual racist behaviours inflicted on people of colour. At some points I wish that she had dug deeper and really hit the nail on the head, but I guess it wasn’t meant to be one of those books. This is her experience and thoughts on black culture and it was incredibly enlightening. 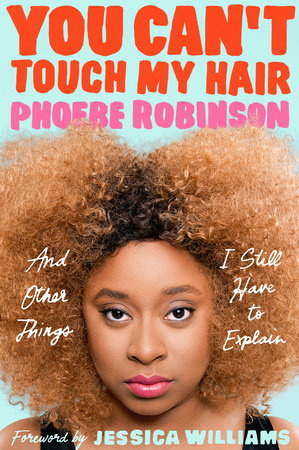 This one has really been resonating with me lately. I’m at this weird stage where I’ll be packing up and leaving this newly created life before I know it. But I feel like I haven’t exactly left my mark here yet. The friendships I’ve been lucky enough to create have meant so much to me and I’m incredibly grateful. And I guess I’ve been reflecting on past experiences (when I lived in London). Over time you forget the little details but you know how much people mean to you because that’s something truly unforgettable. 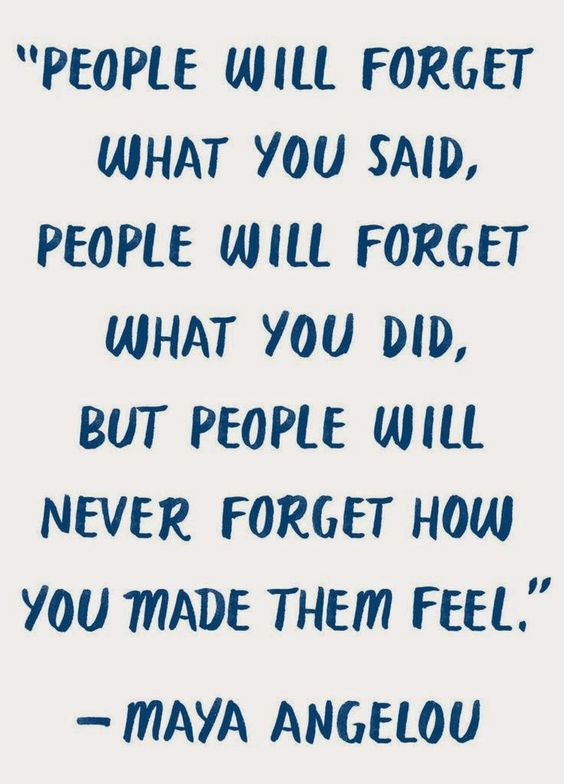 Well…. October. DAMN! November, you better be AMAZING because you’ve got a lot to live up to!